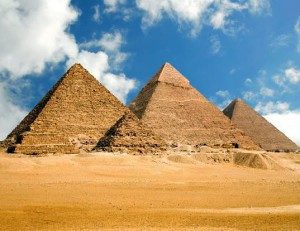 Initially, the shape of the pyramids was quite different than now. The main entrances to the tombs were built covered galleries connecting them with churches. But the main thing – the giant stone faces of graves covered the shining of Tura limestone, the thickness of which was about one meter. END_OF_DOCUMENT_TOKEN_TO_BE_REPLACED